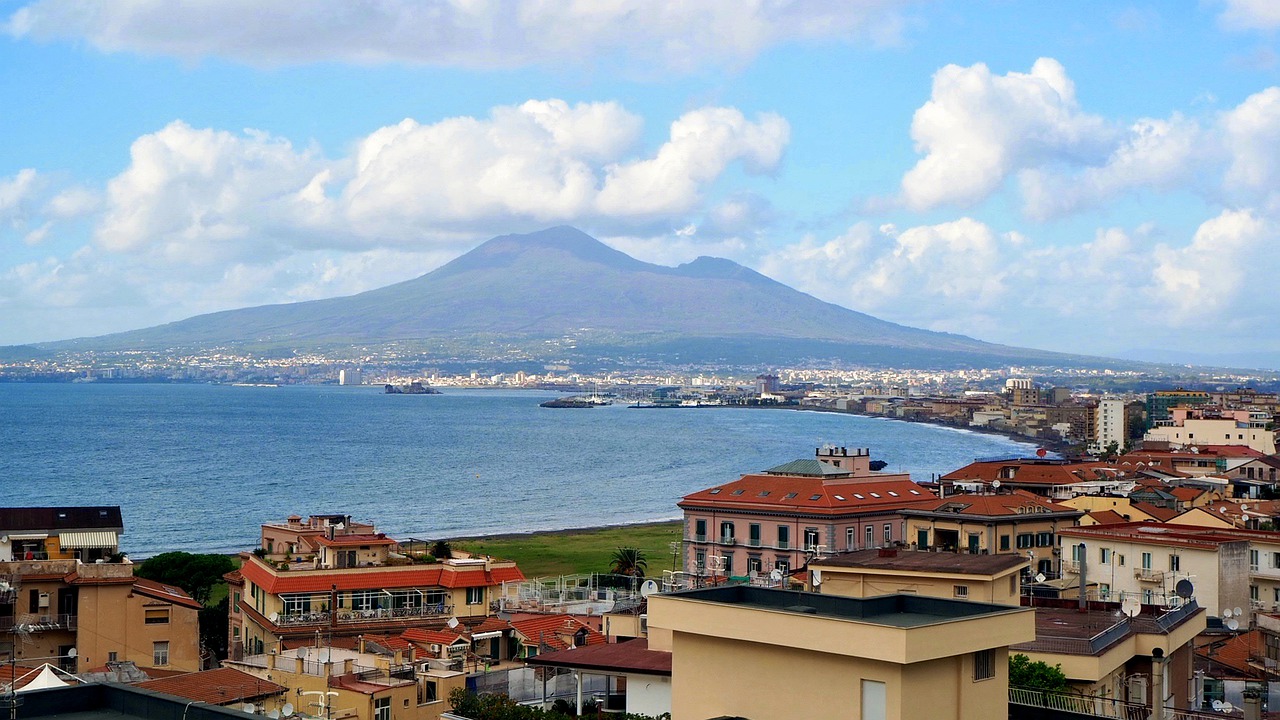 The Mount Vesuvius, is the only active volcano in mainland Europe, and has produced some of the continent’s largest volcanic eruptions. Located on Italy’s west coast, it overlooks the Bay and City of Naples and sits in the crater of the ancient Somma volcano. Vesuvius is most famous for the 79 AD eruption which destroyed the Roman cities of Pompeii and Herculaneum.

Herculaneum, born in the archaic age and initially inhabited by an indigenous settlement, the city was later exposed to Samnitic, Greek, and Etruscan influences, up to the predominance of Roman civilisation, still today visible and in an excellent state of preservation. Situated on a volcanic plateau, sheer over the sea, Herculaneum like the other cities of Vesuvius was submerged by the eruption of Vesuvius in 79 A.D, from the town of Naples. The visit includes the town of Sorrento and two Archaeological sites, Herculaneum and Mount Vesuvius. In all three places that we will stop, you have the right time to visit.

After your visit, you will be escorted back to your location.